International Youth Exchange Community IYEC, which is an Ngo based in Ghana and Europe working in the field of youth empowerment and development hosted the Digging Deep International Harvest Festival in Accra Ghana on the 22nd of October 2014 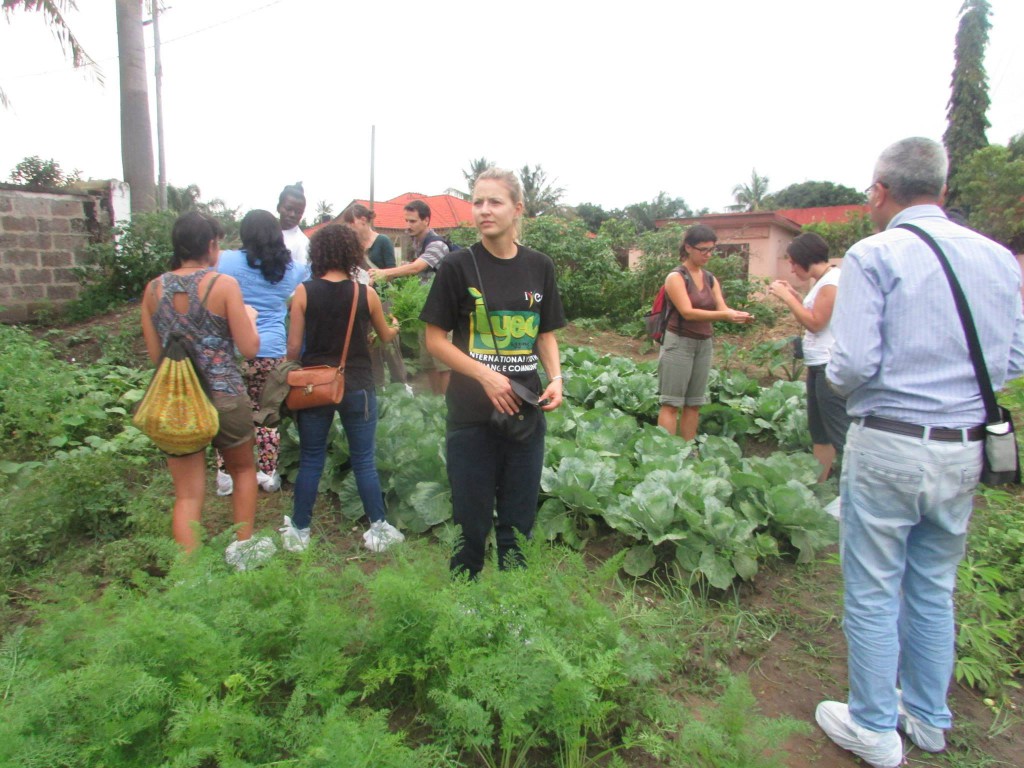 The project funded by the European Union Youth Action programme was a one year International project with partners from Italy, Slovenia, China and Ghana. It aimed at educating people in the communities in the various countries about the importance of gardening in the urban cities. There was a kick off meeting in China in early January which was followed up with an International meeting in Palermo Italy in April and Finally the Harvest Festival in Accra Ghana in October.

The project focused on 6 local workshops on urban gardening in the partner countries .The outcome of the workshops was the creation of the private and community gardens as well as the production of a hand book on urban gardening as an educational tool. In Ghana the Ashalley Botwe community benefited through the creation of the community garden and the benefits reaped ranged from increased food security through food production, poverty alleviation through creation of urban farmer jobs.

According to the youth that took part in the project the Community gardens have a shown to improve the quality of life for individuals, decreased crime rates, and beautified the neighborhood. As grassroots initiatives, community gardens have served as catalysts for building social capital and social cohesion by establishing networks that enable collective action. The voluntary participation by local residents in the creation, establishment, and ongoing activities of a community garden instilled empowerment and sense of ownership in individuals more especially the youth.

Prior to the International Harvest Festival the coordinator of the Digging Deep project Mrs Mercy Osei Owusu Kyeremateng who is also the Director for IYEC was hosted on Jeremys show The Inspirational woman on live fm Ghana where she spoke about the International Harvest Festival.
The festival was held at the Tesano Royal Hotel and was attended by both International partners from Italy,China and Slovenia, schools as well as over 60 people from the local community where the Handbook on urban gardening was launched .